Richard K. Barnhart began his career at Pennrose in 1985, as co-owner and president of its development company – Pennrose Properties. On the retirement of its Founder and Chairman, John B. Rosenthal, in 2004, Mr. Barnhart assumed the role of Chairman and Chief Executive Officer. He provides developmental oversight and leadership to both the Pennrose team of developers and the over 400 Pennrose employees. Pennrose Properties is one of the nation’s largest producers of affordable housing for families and for seniors. Pennrose has developed and continues to own and manage over 11,000 rental apartment units. It has also engaged in many commercial and mixed-use developments in areas where it owns significant residential holdings. Mr. Barnhart’s planning, development, financial management and implementation expertise provide solid direction and guidance for successful completion of each real estate development Pennrose undertakes. He is adept with projects involving intricate public-private partnerships. Under his leadership, Pennrose has succeeded with large, award-winning mixed-use developments. From an historic rehabilitation perspective, Pennrose has completed more than 30 developments fully complying with National Park Service standards and has renovated more structures using a combination of low income housing tax credits and historic rehabilitation tax credits than any other developer in the country. Barnhart has initiated and fostered numerous ongoing relationships with nonprofits, and he actively seeks ways to involve community members in the development process. In addition to his development activities, Mr. Barnhart is a nationally recognized speaker on real estate finance and development, and has testified before the United States Senate on housing issues. He has served on the Board of Directors for the Tax Credit Advisory Committee of the New Jersey Housing and Mortgage Finance Agency; the Board of Trustees of Housing New Jersey; and is a Director of the Affordable Housing Tax Credit Coalition based in Washington, D.C. He is a recipient of the Bridge Builders Award – presented by Partners for Livable Communities, a national leadership organization that honors civic leaders for their pioneering spirit in working together to improve the quality of life in American communities. In the fall of 2012, he was recognized nationally by Multi-Housing News, a leading industry trade publication, as its Executive of the Year. Along with his civic involvement, Barnhart participates in numerous charitable and community activities. He is a member of the Steering Committee of the Community Leaders Program at Thomas Jefferson University in Philadelphia. He is a former member of the Board of Trustees at The Agnes Irwin School; and a former Board and Executive Committee member of the Friends of The Philadelphia Museum of Art. In addition, he provides pro bono services to many Delaware Valley nonprofit organizations. Mr. Barnhart holds a bachelor of science degree in real estate and insurance from Pennsylvania State University. He and his wife, Barbara, have two children: a daughter, Carter and a son, Grant. 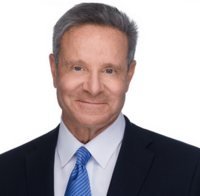