Ms. Thomsen joined New Profit, Inc., a venture philanthropy firm, as an Executive Partner in September 2006. She served on the board of New Profit from 2001 to 2006. Prior to that, she was a co-founding General Partner of Prism Venture Partners, a venture capital firm investing in healthcare and technology companies from 1995 until 2001, and a retiring General Partner of that firm until June 2004. From 1984 until 1995, she worked at the venture capital firm Harbourvest Partners in Boston, where she was a General Partner from 1988 until 1995. Ms. Thomsen was in commercial lending at U.S. Trust Company of New York from 1979 until 1984. Ms. Thomsen is a director of Horizons for Homeless Children and a trustee of Williams College. She is also a director of MFS Mutual Funds. 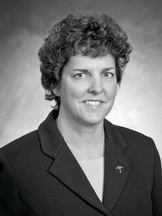