Mr. Van Scoyoc's consulting expertise is based on several career highlights. Prior to the establishment of the Van Scoyoc Companies, Mr. Van Scoyoc was a founding Partner of Winburn, Van Scoyoc & Hooper government relations firm. In addition, Mr. Van Scoyoc spent eight years as Vice President at Charles Walker Associates, where he specialized in tax, energy, insurance and environmental matters. Corporate experience is an invaluable part of understanding the client, and Mr. Van Scoyoc fortunately worked with some of the best at the DuPont Company. He first worked in various DuPont engineering assignments while earning his law degree at night from the University of Maryland. He then continued his career in DuPont's Washington office working on a variety of legislative and regulatory issues. While earning his Bachelor of Science degree in Chemical Engineering from Lehigh University in 1969, Mr. Van Scoyoc received the Alpha Phi Omega award for leadership and outstanding service to the University. 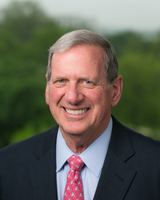