Yale’s President since 1993. He received his B.A. from Stanford University in 1968 and studied politics and philosophy at Oxford University, where he earned a B.Litt. degree. In 1974 he received his Ph.D. from Yale and joined the Yale faculty. Before becoming president, he chaired the economics department and served as dean of Yale’s Graduate School of Arts and Sciences. Mr. Levin was recently appointed to serve on the President's Council of Advisors for Science and Technology. He is a trustee of the Hewlett Foundation, a director of Climate Works and American Express, and is also a member of the National Committee on United States-China Relations. He served on a bipartisan commission to recommend improvements in the nation’s intelligence capabilities and chaired a major review of the nation’s patent system for the National Academy of Sciences. Richard Levin and his wife, Jane, have four children and seven grandchildren and have lived in New Haven throughout their years at Yale. 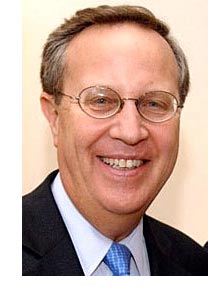