US Representative from Arkansas

A Representative from Arkansas; born in Pine Bluff, Jefferson County, Ark., December 14, 1939; graduated from Pine Bluff High School, Pine Bluff, Ark., 1957; attended Hendrix College; B.A., University of Arkansas, Fayetteville, Ark., 1961; J.D., University of Arkansas, Fayetteville, Ark., 1963; lawyer, private practice; city attorney of Pine Bluff, Ark., 1968-1970; lecturer, University of Arkansas, Pine Bluff, 1979; special justice of the Arkansas Supreme Court, 1988; private advocate; business owner; elected as a Republican to the One Hundred Third and to the three succeeding Congresses (January 3, 1993-January 3, 2001); unsuccessful candidate for reelection to the One Hundred Seventh Congress in 2000; unsuccessful candidate for election to the One Hundred Eighth Congress in 2002. Jay Woodson Dickey Jr. was born on Dec. 14, 1939, to Jay and Margaret Dickey. His father was a lawyer. He attended Hendrix College in Arkansas and graduated from the University of Arkansas in Fayetteville in 1961 with a bachelor’s degree. He earned a law degree there, too. His marriage to the former Betty Poole, who became the first woman to be named chief justice of the Arkansas Supreme Court, ended in divorce. Mr. Dickey was a lawyer and a businessman — a franchisee of the Taco Bell and Baskin-Robbins fast-food chains — when he was elected to the first of four terms in the House of Representatives in 1992. He was the first Republican to represent the Fourth District in rural southwestern Arkansas since Reconstruction. Besides his son Ted, he is survived by another son, John; three daughters, Laura Dickey Campbell, Rachel Dickey Haithcoat and Cindy Pefferkorn McCormick; his sister, Barbara Dickey McCain; and 11 grandchildren. 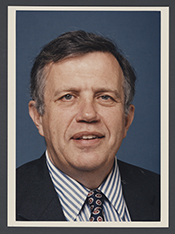