Mike House is a member of the firm's Government Relations and Policy Advocacy practice group. Recognized as one of the top three legislative lawyers in Washington, D.C. by Chambers USA, Mike House is ranked number 10 on the Washingtonian's list of 50 Top Lobbyists. Mike began developing these traits early in his career, while serving as chief of staff to Alabama Supreme Court Chief Justice Howell Heflin. He was responsible for the legislative program for the Alabama Court System, which included the drafting and passage of the judicial article constitutional amendment in 1973 and the implementation legislation in 1975. Due to his work on court reform, Mike became the youngest person to ever receive an Award of Merit from the Alabama Bar Association. During his time working on the Alabama Supreme Court and as a practicing lawyer in Montgomery, Alabama, Mike also served as president of the Alabama Young Lawyers, Chairman of the Alabama Citizens Conference on Alabama State Courts, and Chairman of the Alabama Citizens Conference on a New Constitution. He was a legislative clerk to the Senate Banking Committee and legislative assistant to Congressman James M. Collins of Texas. After successfully managing Senator Howell Heflin's Senate campaign in 1978, he served as his chief of staff for eight years. J.D., University of Alabama School of Law, 1971 B.S., Auburn University, 1968 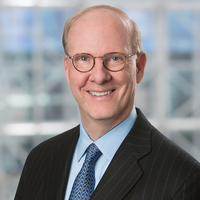