Sam NeJame is an integral member of Wilson Elser’s Government Relations practice, bringing a wealth of knowledge and experience to New York’s largest and most successful lobbying firm. A skilled problem solver, he has spent more than a decade resolving client issues through the legislative, regulatory and procurement process at various levels of government. CEOs of Fortune 500 companies, association heads, college presidents and not-for-profit organizations have relied upon Sam’s sage counsel and experience in government to help them better position their organizations to reach their business goals. His background and reputation have earned Sam the unique ability to effectively lobby both sides of the political aisle for the firm’s clients. Prior to joining Wilson Elser, Sam spent six years helping to turn an upstart lobbying firm into a top-tier company. He has been a political consultant to both the National Democratic Committee and the New York State Democratic Committee. Sam started his legal career in the Office of Corporation Counsel for former Deputy HUD Secretary and Syracuse Mayor Roy Bernardi. Areas of Focus Government Relations Sam is an experienced lobbyist in New York State, New York City and federal government. He has served a wide range of clients, including various municipal governments; the home health care industry; the ambulance industry; hospitals; the racing and gaming industry; the energy industry; and matters pertaining to architects, engineers and construction companies. Sam also is the face of the New York City Real Estate Industry in Albany, representing both the Real Estate Board of New York (REBNY) and SL Green, Manhattan’s largest commercial landlord. Sam started the firm’s procurement lobbying practice in 2007 to assist clients seeking to do business with various levels of government in New York State. With the firm’s guidance and representation, clients have been successful in securing many high-profile, sought-after public contracts, including the current renovation of the New York State Capitol. In recent years, Sam has been tapped by entities to revive initiatives that had stalled in the State legislative process for years. Despite the tough economy, Sam successfully lobbied the State Legislature and Governor to enact legislation providing tax incentives for the renovation of historic properties, an initiative that had failed for several years prior to Wilson Elser’s involvement. Similarly, in 2011, he secured enactment of another piece of difficult legislation, allowing a state university to privately develop portions of its land. This initiative had been vetoed and stalled prior to Sam’s engagement. Sam is an adjunct professor at The Rockefeller College of Public Affairs and Policy at SUNY Albany, teaching a course on New York State government, the law and lobbying. He also frequently guest lectures on the topic of government relations and the law at SUNY Albany and the Syracuse School of Law 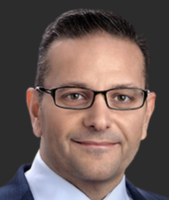