John Green is co-founder of Crossroads Strategies, LLC, a multidisciplinary federal government relations firm, representing corporations and associations with matters before the Legislative and Executive branches of the federal government. Prior to his work at Crossroads, Mr. Green co-founded Federalist Group, LLC. Federalist Group was acquired by Ogilvy Public Relations and grew to be one of the top five government relations firms in Washington while Mr. Green served as a Managing Director at the firm. John Green has been involved in public policy and politics at the federal level for two decades. Mr. Green began his career working in the U.S. Senate, where he handled policy and administrative matters for the Assistant Majority Leader and eventual Majority Leader of the United States Senate. Additionally, he has served as a campaign manager for a successful congressional campaign, national finance chairman for multiple U.S. Senate campaigns, a senior advisor to a presidential campaign and director of the largest U.S. Senate leadership PAC. During his 19 years in the advocacy community, Mr. Green has successfully achieved policy changes in virtually every field of federal advocacy – most notably in telecommunications policy, energy, patent and trademark law, sportsmen’s issues and federal procurement practices. Mr. Green holds a Bachelor of Arts in Public Administration from the University of Mississippi. He serves on the board of directors of the Trent Lott Leadership Institute at the University of Mississippi as well as the board of directors of the Congressional Sportsmen’s Foundation and is a National Trustee of PGA REACH, the 501 (c)(3) charitable foundation of the PGA of America. 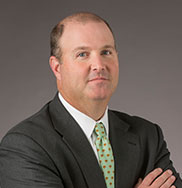