Lewis M. Branscomb is Aetna Professor of Public Policy and Corporate Management, emeritus, at Harvard University. He is emeritus director of Harvard's Science, Technology, and Public Policy Program in the Belfer Center for Science and International Affairs, and a member of the Center’s Board of Directors. He also holds appointment as Research Associate at the Scripps Institution for Oceanography and the University of California, San Diego. Dr. Branscomb received his B.A. in physics, summa cum laude, from Duke University in 1945 and Ph.D. in physics from Harvard in 1949, when he was appointed Junior Fellow in the Harvard Society of Fellows. Branscomb pioneered the study of atomic and molecular negative ions and their role in the atmospheres of the earth and stars and was a co-founder of the Joint Institute for Laboratory Astrophysics (JILA) at the University of Colorado. While there, he was Editor of the Reviews of Modern Physics. After serving as director of the U.S. National Bureau of Standards (now the Institute for Standards and Technology) from 1969–1972, he was named vice president and chief scientist of IBM Corporation and a member of the IBM Corporate Management Board. In 1980, President Jimmy Carter appointed him to the National Science Board and in 1980, he was elected chairman, serving until May 1984. Branscomb was appointed by President Lyndon Johnson to the President's Science Advisory Committee (1964–1968) and by President Ronald Reagan to the National Productivity Advisory Committee. He is a member of the National Academy of Engineering (NAE), the National Academy of Sciences (NAS), the Institute of Medicine (IOM) and the National Academy of Public Administration. He served twice as a director of the AAAS, member of the NAS Council and of the Governing Board of the National Research Council. He is a former president of the American Physical Society and a former president of Sigma Xi. He is a recipient of the Vannevar Bush Award of the National Science Board, the Arthur Bueche Award of the National Academy of Engineering, the Gold Medal of the U.S. Department of Commerce, and the Okawa Prize in Communications and Informatics. He received the Centennial Medal of the Harvard University Faculty of Arts and Sciences in 2002. He holds honorary doctoral degrees from sixteen universities and is an honorary associate of the Engineering Academy of Japan and an Associate member of the Russian Academy of Sciences. Prof. Branscomb has written extensively on information technology, comparative science and technology policy, management of innovation and technology, and science for countering terrorism. .He was the co-chair, with Richard Klausner, of the Academies’ study entitled Making the Nation Safer: The Role of Science and Technology in Countering Terrorism, released on June 25, 2002, and published by National Academy Press on August 2, 2002. In addition to more than 450 published papers, his books are Taking Technical Risks: How Innovators, Executives, and Investors Manage High Tech Risk, (with Philip Auerswald, 2000); Industrializing Knowledge: University-Industry Linkages in Japan and the United States (edited with Fumio Kodama and Richard Florida, 1999); Investing in Innovation: A Research and Innovation Policy that Works (edited with James Keller, 1998); Korea at the Turning Point: Innovation-Based Strategies for Development (with H.Y. Choi, 1996); Japanese Innovation Strategy: Technical Support for Business Visions (with Fumio Kodama, 1993); Empowering Technology: Implementing a U.S. Policy (1993); Converging Infrastructures: Intelligent Transportation and the National Information Infrastructure (with James Keller, 1996); Informed Legislatures: Coping with Science in a Democracy (with Megan Jones and David Guston, 1996); Confessions of a Technophile (1994); and Beyond Spinoff: Military and Commercial Technologies in a Changing World, (with J. Alic, et.al., 1992). 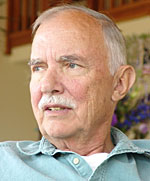