Former chair and architect/founder of Citigroup

His lobbying efforts played a key role in the 1999 repeal of the Glass-Steagall Act. That development eliminated many barriers between banks, investment firms and insurance companies and, Weill's critics say, ushered in an era of lending practices that led to the 2007 housing collapse and foreclosure crisis. Started banking career as Bear Stearns runner in 1955. Became president of American Express 1983. Through acquisitions, created insurance giant Travelers Group; merged with Citicorp in 1998 to create world's largest financial institution. Left Citi in 2006. Spends time giving to favorite causes. Sandy has lost $500 million in past 12 months, thanks to plummeting Citigroup stock; shares down 57% since last September. Megabank forced to raise $50 billion in capital after taking $7.6 billion in losses in first half of 2008. Most of the losses attributed to subprime write-downs. 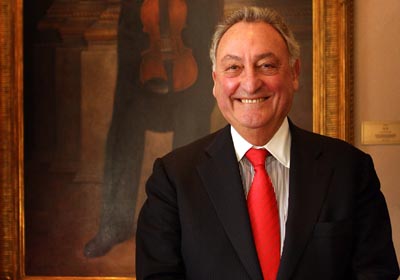