Texas farm boy sweating the market meltdown, but remains on The Forbes 400 despite large stake in faltering Citigroup. Bank's shares down 57% in past 12 months. Ford's stake only off 10%; claims he hedged his shares with $80 million in put options several years ago. Bought first bank in 1975 for $1.2 million; with partners, sold for $100 million. With Ronald Perelman, sold Golden State Bancorp to Citigroup for $6 billion 2002. Will sell Citi shares in next 6 months, close out hedge position. Chairman of the Board of First Acceptance Corporation (formerly Liberte Investors Inc.). Former Chairman of the Board and Chief Executive Officer of California Federal Bank, A Federal Savings Bank, which merged with Citigroup Inc. in 2002. Director of McMoRan. 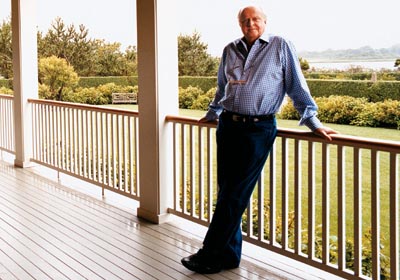