EVP of food for Walmart U.S

Charles Redfield is executive vice president of food for Walmart U.S., responsible for all overall strategy, assortment, private brands and sourcing for food categories. Charles originally joined Sam’s Club in 1988 as a cashier while attending college at the University of Arkansas. After completing his degree, Charles began his full-time career as an assistant manager with Sam’s Club, progressing within the business to work in a number of roles in operations. In 1998, Charles left Sam’s Club to work for the Canadian retailer, Hudson Bay. Charles returned to Sam’s Club in 2001 and has since held such leadership roles including director of operations, divisional fresh merchandiser, vice president/divisional merchandise manager and senior vice president/general merchandise manager. In 2010, Charles was named chief merchandising officer for Asda, Walmart's U.K. subsidiary. During his two years with ASDA, Charles brought renewed simplicity, clarity and purpose to the U.K. merchant team, and played an integral role in driving price leadership improved quality. Charles returned to the U.S. in May 2012 to serve as executive vice president of merchandising for Sam’s Club, with sourcing and merchandising responsibility for the brand’s more than 650 locations nationwide. Charles and his wife, Sue, have two children, Avery and Matthew. 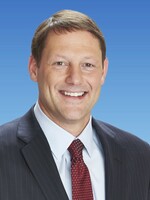