Former lawyer cofounded JMB Realty with U. of Illinois roommate 1970. Prospered until early 1990s real estate crash. Didn't give up: founded private equity firm Walton Street Capital 1994. Today JMB Realty portfolio includes Chicago's Four Seasons Hotel, MGM Tower in Los Angeles. Spent $1 billion building casinos in Mississippi and Canada, developing another in Pittsburgh. Contemporary art collector donates to Northwestern Hospital, Whitney Museum, Jewish United Fund. Neil G. Bluhm is an internationally known and highly respected real estate and casino investor and developer. His companies have acquired, developed and/or managed in excess of $50.0 billion of real estate worldwide including luxury hotels, casinos, shopping malls, office buildings and mixed-use projects. He is a graduate of the University of Illinois, receiving a B.S. in Accounting, and is a CPA. He also graduated from Northwestern University Law School. He is a co-founder and chairman of Rush Street Gaming, which together with its affiliates, own and operate two Rivers Casino properties in Des Plaines, Ill., and in Pittsburgh, PA; plus SugarHouse Casino in Philadelphia PA. A fourth Rush Street property, Riverwalk Casino in Vicksburg, Miss., was sold to Churchill Downs in December 2012. Mr. Bluhm is a co-founder and chairman of Falls Management Company (FMC) which was selected by the Province of Ontario to develop and manage The Fallsview Casino Resort, an Integrated Resort which opened in 2004 and is located in Niagara Falls, Ontario. It is currently the highest grossing casino in Canada. He is a co-founder and Managing Principal of Walton Street Capital which invests in opportunistic real estate on behalf of institutional investors, and high net worth individuals. Mr. Bluhm is a co-founder and the current president of JMB Realty Corporation, which together with its associated entities, is a holding company engaged in real estate investment and development. JMB owns luxury hotels, office buildings, mixed-use projects as well as land held for development. He is also a Trustee at Northwestern University, a member of the Board of Directors of Northwestern Memorial Foundation of Northwestern Hospital, a member of the Board of Trustees and Chairman of the Investment Committee of The Art Institute of Chicago, President of the Board of Trustees of the Whitney Museum of American Art, and a member of the Board of Directors for the Alzheimer’s Disease & Related Disorders Association. 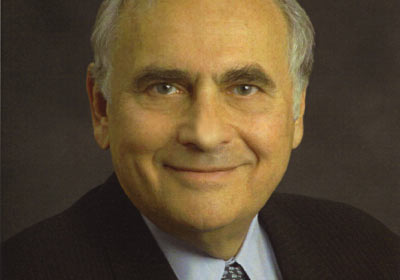