Wife and business partner of roofing magnate Kenneth Hendricks, who died last December. Diane took over as chairman of ABC Supply, nation's largest wholesale distributor of roofing materials, earlier this year. Sales: $3 billion. Also now controls Hendricks Holding Co. Diane met Kenneth at age 21, shared love of real estate. Started ABC Supply 1982. Diane formed American Patriot Insurance Agency 1986. Ms. Hendricks grew up 200 miles away from Beloit, on a dairy farm, with eight sisters. As a child, she yearned to work outdoors on the farm, but her father forbade it. A surprise pregnancy at 17 and her short marriage to Mr. Fox’s father brought her to Janesville, to work briefly in the Parker Pen factory, where women assembled fountain pens. Soon she divorced. She had to find a way to support herself on her own, as a single mother. She switched to selling real estate, and had gotten her broker’s license by the time she turned 21. Before long, she had found a business partner, a roofing contractor who had dropped out of high school, named Ken Hendricks. Together the two bought old houses in Beloit, fixed them up and rented them out. They married in 1975 and moved on to buying industrial spaces at around the same time. 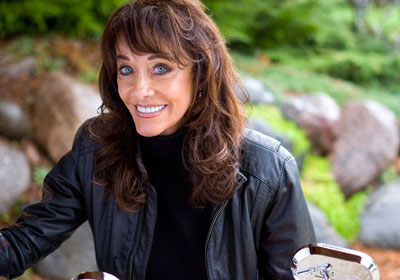