The second-youngest member of the Forbes 400 keeps getting richer. Wunderkind's Centaurus Energy hedge fund said to be up 70% in first half of 2008. Energy trader diversifying into hard assets: power plants, storage facilities. Father was a lawyer, mother an accountant. Raised in Dallas, graduated in 3 years from Vanderbilt U. Became an oil trader at Enron in 1995; said to have generated $750 million of the firm's profits in 2001. Founded Centaurus on heels of Enron's bankruptcy. Returns said to exceed 200% a year since 2002. 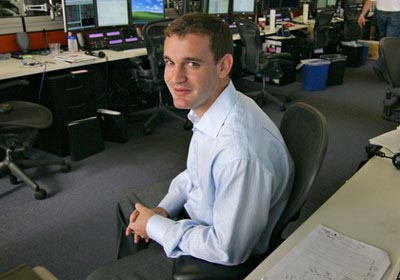