Born in 1915 in the rail-crossing town of Valley Junction, Iowa (now part of West Des Moines). One of eight children, he was a dealmaker from an early age, earning money as a child by organizing groups of boys to work for local farmers. While on a football scholarship at Gonzaga University in Spokane, Wash., he started a used-car business and invested the profits in a fledgling finance company in Dubuque, Iowa. He served in the Army in Europe during World War II. A savvy investor, Mr. Pohlad made his first big play in 1949, when he bought Marquette Bank in Minneapolis. He went on to purchase a string of small financial institutions across Minnesota. He began diversifying in the 1960s, buying the Tropicana Hotel in Las Vegas and a small airline, Trans-Texas Airways, which he renamed Texas International and then sold to the maverick investor Frank A. Lorenzo in 1972. Mr. Pohlad was one of the largest stakeholders in Mr. Lorenzo’s subsequent ventures, which included takeovers of Continental and Eastern Airlines. Mr. Pohlad teamed with another takeover artist in the 1970s and 1980s, the flamboyant leveraged-buyout specialist Irwin L. Jacobs, making a number of highly profitable investments in national corporations. In the late 1980s, he and Mr. Jacobs branched into professional football, buying and then selling a major share of the Minnesota Vikings. He continued to operate locally as well, buying dozens of small bottling companies, which he later sold to PepsiCo for close to $600 million. His survivors include his sons James, Robert and William, all of the Minneapolis area, and several grandchildren. His wife of 56 years, Eloise, died in 2003. 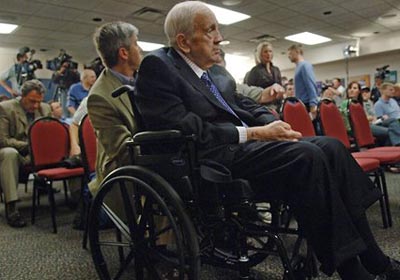 Updated about 6 years ago