Russian-American billionaire, knighted by the the Queen of England

Immigrated to U.S. from former Soviet Union 1978 at age 21; arrived penniless. Found way to Harvard Business School and Columbia U. Founded industrial holding company Access Industries 1986. Len partnered with school friend, now billionaire, Viktor Vekselberg, and later Mikhail Fridman. Acquired stakes in newly privatized Russian companies. Trio made first fortune merging Tyumen Oil and British Petroleum; firm became Russia's second-largest oil company. Fridman's right-hand man, German Khan, sued BP for control over lucrative business. Reinvested in chemicals (Basell), metals (Rusal), real estate (New York City). Stepped down from Warner Music board in January. Said to put in a matching $90 million bid for the Israeli daily tabloid Maariv, battling casino mogul Sheldon Adelson. Blavatnik was born in Odessa, Ukraine, in 1957. He moved with his family at a young age to Yarsoslavl, Russia, roughly 3.5 hours north of Moscow by car. After graduating from Moscow State University, Blavatnik immigrated to the U.S. in 1978 when he was 21 years old to study computer science at Columbia University. He became an American citizen in 1984. Two years later, in 1986, he started his investment company, Access Industries, and got an M.B.A. from Harvard in 1989. Armed with an American passport and Russian connections, Blavatnik was well positioned to invest in state-controlled companies that converted to private ownership in the early 1990s when the Soviet Union was dismantled. He and Viktor Vekselberg, a former classmate, formed Renova, Access’ Russian affiliate, to acquire stakes in aluminum firms and then coal companies. Through a series of shrewd investments buoyed by partnerships with various Russian oligarchs, including Vekselberg and Mikhail Fridman (net worth: $13.1 billion), Blavatnik made his first millions during the chaotic post-Soviet days. One acquisition was oil company TNK, prior to its merger with British oil and gas conglomerate BP in 2003. At the time, TNK-BP was Russia’s third-largest oil company. A decade later, the Russian state-owned oil company Rosneft bought TNK-BP for $55 billion dollars. Forbes estimates that Blavatnik pocketed $7 billion from the sale. Blavatnik also owns Warner Music Group, an American record label group that he purchased for $3.3 billion in 2011. He’s got another $2 billion in Access Technology Ventures, a fund with a portfolio that includes Alibaba, Facebook, Snapchat, Spotify and Yelp. He was knighted by the the Queen of England in June 2017 for his philanthropic work in the United Kingdom. And earlier this year, in February, he reportedly purchased New York City’s most expensive townhouse in the Upper East Side for a record $90 million, adjacent to the townhouse he purchased in 2007 for $51 million. Having built his fortune during the Soviet Union’s economic collapse, he has spent the majority of this millennium getting his assets out of Russia while carving his name on to the biggest and brightest institutions in the Western world. 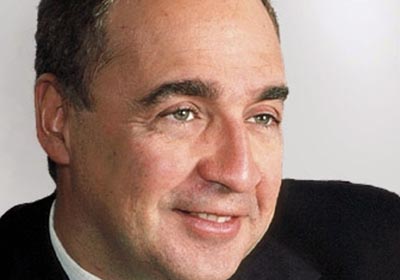