US Senator from Illinois

A Senator from Illinois; born in Belleville, St. Clair County, Ill., July 7, 1927; attended the public schools; graduated, University of Illinois, Urbana, 1949; graduated, Washington University School of Law, St. Louis, Mo., 1949; served in the United States Navy Air Corps 1945; admitted to the Illinois bar in 1949 and commenced practice in Belleville; elected police magistrate 1949; member, Illinois house of representatives 1951-1963; member, Illinois senate 1963-1971, serving as a minority whip 1964-1970; Illinois treasurer 1971-1977; Illinois secretary of State 1977-1981; elected as a Democrat to the United States Senate in 1980; reelected in 1986 and served from January 3, 1981, to January 3, 1993; defeated for renomination in 1992; chairman, Defense Base Closure and Realignment Commission, 1994-1995; partner, law firm of Bryan Cave in St. Louis, Mo., 1993-; is a resident of Fairview Heights, Ill. Senator Alan Dixon joined the firm in 1993 following his retirement from the United States Senate, where he had served for 12 years as the senior senator from Illinois and as the majority’s chief deputy whip. Mr. Dixon was a member of the Committee on Armed Services, Committee on Banking, Housing and Urban Affairs, Committee on Small Business and a number of subcommittees. Since leaving the Senate, he has continued to demonstrate his commitment to public service by serving as the chairman of the Defense Base Closure and Realignment Commission during 1994 and 1995. 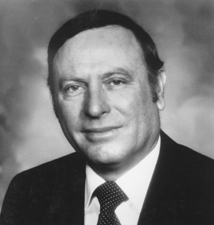