US Representative from Missouri

Wheat currently serves as the chair of the Poisinelli law firm's national public policy practice. Elected to the U.S. House of Representatives in 1982, he was the youngest member in Congressional history to be appointed to the Rules Committee. He left the House in 1994. He was president of public policy and government relations with CARE, and served as deputy campaign manager in the 1996 Clinton-Gore campaign. He formed Wheat Government Relations. A Representative from Missouri; born in San Antonio, Bexar County, Tex., October 16, 1951; attended elementary schools in Wichita, Kans., and in Seville, Spain; graduated from Airline High School, Bossier City, La., 1968; B.A., Grinnell College, Grinnell, Iowa, 1972; economist; legislative aide to county executive, Jackson County, Mo.; elected, Missouri general assembly, 1977-1982; delegate, Missouri State Democratic convention, 1978; elected as a Democrat to the Ninety-eighth and to the five succeeding Congresses (January 3, 1983-January 3, 1995); was not a candidate for reelection in 1994, but was an unsuccessful candidate for election to the United States Senate. Wheat Government Relations, founded in 1998 by Congressman Alan Wheat, offers clients invaluable assistance navigating the halls of power in Washington D.C. Crafting action plans tailored to individual needs, the firm provides strategic advice, designs and implements lobbying and advocacy campaigns and coordinates grass roots efforts. The Wheat Government Relations team brings an unwavering commitment to quality, service and results to each of its clients. With eighteen years of experience as an elected representative the highly regarded Wheat has earned the respect of clients and policy makers. Clients rely on his in-depth understanding of Congress for critical insight and his clear and straightforward communications style makes him a persuasive spokesperson with policy makers. Recognized in Congress for his extraordinary skill in building coalitions, Wheat excels at garnering support for important client concerns. Together with the rest of the Wheat Government Relations team, these dynamic and articulate professionals have the experience and ability to effectively represent your organization. Clients win when they employ the services of Wheat Government Relations while conserving valuable time and resources. 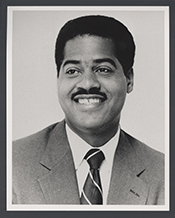