US Representative from Ohio

A Representative from Ohio; born in Lakewood, Cuyahoga County, Ohio, May 18, 1952; attended public schools in Lorain, Ohio, and the Western Reserve Academy; B.A., Amherst College, 1973, J.D., Case Western Reserve University, 1980; admitted to the bar in 1980 and commenced the practice of law in Cleveland; founder and president of a cellular telephone company; elected as a Republican to the One Hundred Third and One Hundred Fourth Congresses (January 3, 1993-January 3, 1997); was an unsuccessful candidate for reelection to the One Hundred Fifth Congress. 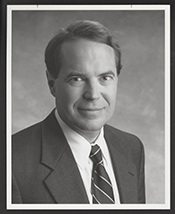