A Representative from Pennsylvania; born in Scranton, Lackawanna County, Pa., September 29, 1931; attended St. Pauls School and Scranton Preparatory School; graduated from the University of Notre Dame in 1953; LL.B., University of Pennsylvania, 1956; served clerkship in office of Chief Federal Judge John W. Murphy, Middle District of Pennsylvania; engaged in the general practice of law in 1957; city solicitor of the city of Scranton in 1962; elected as a Republican to the Eighty-eighth and to the seventeen succeeding Congresses (January 3, 1963-January 3, 1999); was not a candidate for reelection in 1998 to the One Hundred Sixth Congress. 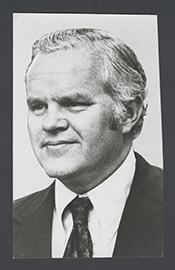