Until his confirmation as a member of the Federal Reserve’s Board of Governors in May 2012, Jerome H. Powell served as a visiting scholar at the Bipartisan Policy Center, where he focused on state and federal fiscal issues. Powell served as undersecretary of the treasury for finance under President George H.W. Bush, with responsibility for policy on financial institutions, the treasury debt market, and related areas. From 1997 through 2005, Powell was a partner at The Carlyle Group, where he founded and led the Industrial Group within the U.S. Buyout Fund. He worked for many years prior to that as a lawyer and investment banker in New York City. In addition to service on corporate boards, Powell has served on the boards of charitable and educational institutions. He is currently a member of the board of directors of D.C. Prep, a charter school operator in Washington, D.C.; the Bendheim Center for Finance at Princeton University; and The Nature Conservancy of Washington, D.C. and Maryland. He served as founding chair of the Center City Consortium, a group of 16 parochial schools in the poorest areas of Washington, D.C. Powell graduated from Princeton University in 1975 and Georgetown University Law Center in 1979, where he was editor-in-chief of the Georgetown Law Journal. 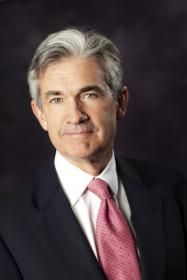