US Representative from Tennessee | Lobbyist

Zach Wamp represented Tennessee’s Third District in the United States Congress from 1995-2011. He is presently engaged as a consultant in the energy, defense, and transportation sectors for some of the most prominent companies in the world. In Congress, he served as the ranking member of the Military Construction/Veterans Affairs Subcommittee and prior to that as the ranking member of the Legislative Branch Subcommittee of the House Appropriations Committee on which he served for fourteen years. Among his notable achievements in Congress, Zach helped establish the Tennessee Methamphetamine Task Force, The Tennessee Valley Technology Corridor and the United States Department of Homeland Security. He wrote and enacted into law legislation to expand the Trail of Tears, establish The Moccasin Bend National Archeological District, to replace the Chickamauga Lock on the Tennessee River, to name Emancipation Hall in the United States Capitol and landmark energy efficiency legislation in The Energy Policy Act. While in Congress, Zach chaired the National Prayer Breakfast, the weekly bi-partisan Prayer Group, the Renewable Energy Caucus, the Robotics Caucus, the TVA Caucus and founded the Congressional Fitness Caucus. He also served on the Transportation Committee, the Science Committee, the Small Business Committee, the Steering Committee, the Commerce/Justice/State Subcommittee, the Interior Subcommittee and the influential Energy and Water Subcommittee for twelve years. Zach was a regular panelist for four years on The News Hour with Jim Lehrer and appeared on virtually every major news show and in every major publication in the United States over two decades. Prior to Congress, he was the national sales supervisor for Olan Mills Portrait Studios, established the Wamp Alliance architecture/development firm with his late father and his brother where he was engaged in putting together multi-million dollar, multi-family apartment and retirement center deals in Florida, Georgia, and Tennessee. Later he entered the commercial real estate sector becoming an industry leader and was named Chattanooga Small Business person of the year and served three terms as the Vice President of The Chattanooga Area Chamber of Commerce. Zach currently serves on the board of directors of Oak Ridge Associated Universities, the U.S. Capitol Historical Society, THANKS-USA (a 501(c)(3) organization providing scholarships to children of our nations soldiers, sailors, airmen and marines), the International Conversation Caucus Foundation (ICCF) and the board of Genera Energy LLC. He graduated from The McCallie School, attended the University of North Carolina at Chapel Hill and The University of Tennessee. He later received honorary doctorates from Lincoln Memorial University and Carson Newman College. Zach and his wife Kim have a son Weston, who is in business for himself in Chattanooga, and a daughter Coty, a senior at The University of Tennessee. They actively attend Red Bank Baptist Church. 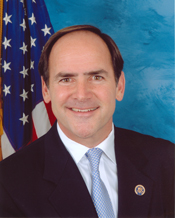