Director of the National Counterterrorism Center, Office of the Director of National Intelligence 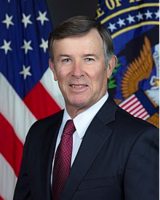