Former President, Center for LNG; Trump nominee to be General Counsel at the Department of Energy

Mr. Cooper currently serves as Senior Counsel and Director of McConnell Valdés law firm in Washington D.C. Prior to joining McConnell Valdés, he served as Staff Director for the Energy and Mineral Resources Subcommittee of the United States House of Representatives Committee on Natural Resources and as Senior Policy Advisor on the National Environmental Policy Act for the full committee. Mr. Cooper was also the Executive Director, and later President, of the Center for Liquefied Natural Gas (CLNG) and the Counsel to the United States House Committee on Energy and Commerce. Prior to his work in Washington, D.C., he practiced law in Tennessee. Bill Cooper was the president of the Center for Liquefied Natural Gas (CLNG). Bill has nearly three decades of experience in various aspects of the energy industry, having served in both the public and private sectors. Prior to serving in his full-time capacity as president of CLNG, Bill was a partner at the law office of Hunton & Williams LLP. Prior to joining Hunton & Williams, he served as counsel to the U.S. House Energy and Commerce Committee. Bill was a drafter and lead negotiator for the Pipeline Safety Improvement Act of 2002 and was also a lead negotiator for the House on several provisions of the national energy policy bills in the 107th and 108th Congresses. Earlier in his career, he was general counsel for a natural gas utility company. A.B. in Economics, Wabash College J.D., University of Tennessee College of Law 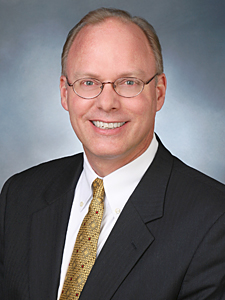