Ana Oliveira became the President & CEO of The New York Women’s Foundation in February 2006. She has worked in the health and human services field for over 20 years, developing programs for vulnerable populations throughout New York City. Prior to her work with The New York Women's Foundation, Ana served as the first woman and Latina Executive Director of Gay Men’s Health Crisis for over seven years, overseeing a complete turn-around of the agency. Before working at GMHC, she directed innovative community-based programs at Samaritan Village, the Osborne Association, Kings County and at Lincoln Hospitals. She was a member of the New York City HIV Planning Council and was appointed by Mayor Bloomberg to the New York City Commission on AIDS in 2004. Ana was born and raised in Sao Paulo, Brazil, and resides in Manhattan. She has an M.A. in Medical Anthropology from the New School for Social Research and is a Licensed Acupuncturist. 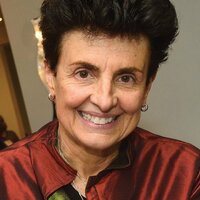