Glencore International plc (“Glencore”) is a leading integrated producer and marketer of commodities, with worldwide activities in the marketing of metals and minerals, energy products, and agricultural products and the production, refinement, processing, storage and transport of these products. Industrial customers around the world rely upon Glencore’s established global network of operations as a source of bulk commodities that they need. Glencore was founded in 1974. Headquartered in Baar, Switzerland, Glencore employs over 2,800 people in its global marketing operations in some 50 offices in over 40 countries. In its industrial operations, Glencore employs over 54,800 people at 15 plants in 13 countries. Additionally, Glencore has interests in various publicly listed companies including 34.4% in Xstrata, 44% economic (39% voting) in Century Aluminum, 74.8% in Katanga Mining, 8.8% in UCR, 51.5% in Chemoil Energy and 32.2% in Recylex. Glencore became a public company in May 2011 with a primary listing on the London Stock Exchange and secondary listing on the Stock Exchange of Hong Kong. Glencore’s Initial Public Offering was the largest ever on the premium listing segment of the London Stock Exchange. 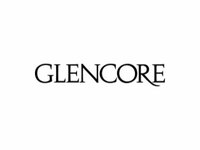