Invesco is one of the world's largest and most diversified independent investment management firms.

Invesco Ltd. is organized under the laws of Bermuda, and our common shares are listed and traded on the New York Stock Exchange under the symbol "IVZ." On December 4, 2007, we redomiciled the company from the United Kingdom to Bermuda in a transaction previously approved by shareholders. To accomplish this, our predecessor company INVESCO PLC effected a court-approved U.K. Scheme of Arrangement under which our shareholders received common shares in Invesco Ltd., the new Bermuda parent company, in exchange for their Ordinary Shares in INVESCO PLC The Company was incorporated on 19th December 1935 as H. Lotery & Company Limited. The name of the Company was changed to Slater, Walker & Co. Limited on 24th September 1964, to Slater, Walker Securities Limited on 24th November 1965 and to Britannia Arrow Holdings Limited on 16th September 1977. The Company re-registered as a public company under the name Britannia Arrow Holdings Public Limited Company on 19th March 1982. The name of the Company was changed to INVESCO MIM PLC on 31st January 1990, to INVESCO PLC on 21st June 1993, to AMVESCO PLC on 3rd March 1997, to AMVESCAP PLC on 8th May 1997 and to INVESCO PLC on 23rd May 2007. July 11, 2012, Invesco Ltd. Announces June 30, 2012 Assets Under Management of $646.6 billion, an increase of 2.3% month over month. 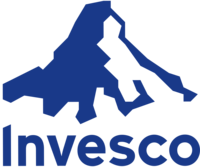