Mr. O'Neil is a 22 year veteran of the New York City Police Department and recently retired after serving as the first Commanding Officer of the NYPD Counterterrorism Division, a Division that he helped create after the events of September 11, 2001. While commanding the Counterterrorism Division, Mr. O'Neil was responsible for the daily operation and implementation of all aspects of the NYPD\'s counterterrorism program as directed by the Police Commissioner. He directed the NYPD\'s mission of critical infrastructure protection, global terrorist threat analysis, CBRNE programs and policies, special event security planning, and the training of NYPD as well as other local, state, and federal personnel in various aspects of counterterrorism initiatives. Mr. O'Neil chaired the regional \"Securing the Cities\" initiative, a $50M US Department of Homeland Security radiological detection and interdiction initiative that involved over 100 different law enforcement agencies from the Greater New York City Region. Prior to becoming the Commanding Officer of the Counterterrorism Division, he served in numerous patrol commands as well as the Organized Crime Control Bureau. Mr. O\'Neil was recently appointed by the Governor of the State of New York as Chairman, New York State Security Guard Advisory Council. He holds a Bachelors of Professional Studies in Criminal Justice from SUNY Empire State College and Top Secret security clearances granted through the FBI and the Department of Energy. 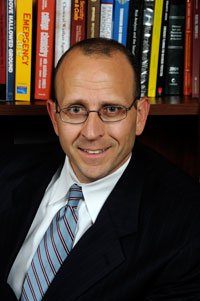