LAWRENCE H. LINDEN is the founder and trustee of the Linden Trust for Conservation, which uses state-of-the-art financial advice and support to build environmental markets and to structure and execute deals in conservation finance. In 2008, he retired as managing director and former general partner of Goldman Sachs and Company, where he was a leader of the build-out of the technology, clearance and settlement, accounting, risk management and compliance infrastructure for the firm’s global expansion in the 1990s. Earlier, he was a partner at McKinsey & Company, where he focused on the industrial, technology, and financial sectors. From 1978 to 1981, he was a member of the White House staff, working on issues relating to energy, transportation, and the environment. Linden is a member and former chairman of the board of trustees of Resources for the Future; a member of several advisory committees at MIT, where he established the Linden Earth Systems fellowships; and, in the business world, a member of the board of directors of TIAA, the operating arm of the TIAA-CREF complex, the largest private pension fund in the world. He received a BSE from Princeton University and an SM and PhD from the Massachusetts Institute of Technology. 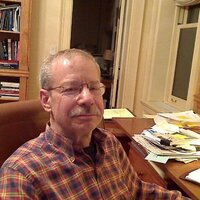