WORK EXPERIENCE O'Brien served as Vice Chairman of the Board for Pepco Holdings, PECO (an Exelon Company), Baltimore Gas & Electric (an Exelon Company), & ComEd (an Exelon Company), all simultaneously from 2012-2019. Within Exelon, he served various roles and moved up the ladder to eventually be the Senior Executive Vice President of Exelon/CEO of Exelon Utilities (1982-2019), as well as President and CEO of Philadelphia-based PECO (2003-2012). CIVIC INVOLVEMENT O'Brien is currently a Board Member of Independence Blue Cross (2011-present) and Drexel University (2004-present). O’Brien has also served as the chairman of the board of the Greater Philadelphia Chamber of Commerce (from 2014-2016) , the Electric Power Research Institute (EPRI) (2014-2015), the Pennsylvania Business Council (2011-2013) and the Energy Association of Pennsylvania (2011). His other civic and industry board appointments include Pennsylvania Economy League (2002-2005), WHYY (2005-2010), American Gas Association (2003-2012), and the Franklin Institute (2004-2018). AWARDS In 2019, O'Brien was awarded the William Penn Award on behalf of the Chamber of Commerce, for his contribution to the "forward-thinking" natural gas and electric industries of the region. EDUCATION O'Brien holds a bachelor's degree in industrial engineering from Rutgers University and earned a master's degree in business from Drexel University. FAMILY O'Brien and his wife, Carolyn, have three children. 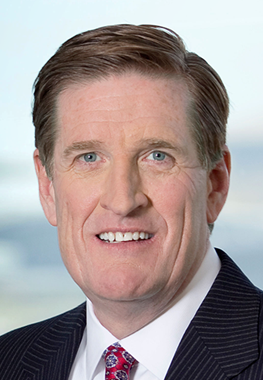