Jee is the Executive Director of the Narrative Initiative, a training and networking resource for leaders and organizations dedicated to building fairer, more inclusive societies. Before leading the Narrative Initiative, Jee was part of the Civic Engagement and Government team at the Ford Foundation, where his work focused on increasing the political participation of under-represented constituencies and mobilizing the grassroots base for social change. Prior to Ford, Jee launched 18MillionRising.org, a national civic engagement project designed to build the political power of Asian Americans using social media and technology. Previously, Jee served as a program director at the Surdna Foundation, where he managed grant-making portfolios in youth civic engagement, post-Katrina New Orleans, and nonprofit infrastructure over his eight-year tenure. He also worked in New York as a racial justice and immigrant rights organizer and as a journalist, editing the 9/11 anthology Another World Is Possible and The Future 500, an analysis of youth activism in the United States. 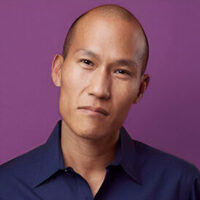