Mark A. L. Mason, a member since 2012 and vice chair of the Howard University Board of Trustees since July 1, 2017, was named chief financial officer of Citigroup in February 2019. He is responsible for the financial management of the company and spearheads Citi's Expense Management and Citi Ventures intiatives. Prior to being named Citi CFO, Mr. Mason served as chief financial officer of Citi's Institutional Clients Group (ICG) and was the executive responsible for Citi's comprehensive Capital Analysis and Revew (CCAR) submission process. Mr. Mason served as chief executive officer of Citi Private Bank from May 2013 until being promoted to his current position in September 2014. Prior to that, he served as the chief executive officer of Citi Holdings, where he was responsible for the restructuring, wind down and divesting of Citi's non-core assets and businesses. Mr. Mason also served as chief financial officer and head of Strategy and M&A for Citi’s Global Wealth Management division and played a critical role in the sale of Citi's retail brokerage business to Smith Barney. Mr. Mason joined Citi in 2001 as vice president of Corporate Development. In this role, he worked with multiple Citi business units to enhance cross-selling strategies. He spent three years as chief of staff to Citi's chairman and chief executive officer and led the Client First program, which helped transform Citi from a product-centered organization to a client-centered organization. Additionally, he served as chief financial officer and chief operating officer of Citi Real Estate Investments where he was responsible for restructuring the business. Prior to his tenure at Citi, Mr. Mason was a director of Strategy and Business Development with Lucent Technologies for three years. He also spent several years as a strategy consultant with Marakon Associates, working with a number of Fortune 100 companies to develop strategies to maximize shareholder value. Mr. Mason also has investment banking experience with Goldman, Sachs & Co. Mr. Mason has been a director of Primerica, Inc. since March 2010. He earned a Bachelor of Business Administration (BBA) degree in finance and graduated with honors from Howard University and earned a Master of Business Administration (MBA) degree from Harvard Business School. He resides in New Jersey with his wife and two children. 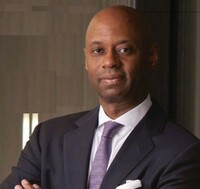