Once one of the wealthiest people in the U.S. worth of more than $2 billion

Stanford, whose financial empire was headquartered in Houston, lied to depositors from more than 100 countries by telling them their funds were being safely invested in stocks, bonds and other securities instead of being funneled into his businesses and personal accounts. Prosecutors methodically presented evidence, including testimony from ex-employees as well as emails and financial statements, they said showed Stanford orchestrated a 20-year scheme that bilked billions from investors through the sale of certificates of deposit, or CDs, from his bank on the Caribbean island nation of Antigua. With Stanford's conviction, a shorter, civil trial will be held with the same jury on prosecutors' efforts to seize funds from more than 30 bank accounts held by the financier or his companies around the world, including in Switzerland, the United Kingdom and Canada. Grandfather Lodis was a barber, became an insurance salesman; founded Stanford Financial in Mexia, Tex. 1932. With father, James, made fortune during the 1980s snatching up depressed Houston real estate, selling years later when market recovered. Dad retired 1993, gave 500-employee company to Allen, who opened offices in Latin America, Caribbean; increased firm's wealth management operation. Today Stanford Financial manages $51 billion in assets, up 30% from 2007. Dabbling in cricket: invested $100 million for series of 5 matches between Caribbean and British all-star teams, another $3.5 million to market the sport to citizens of Fort Collins, Colo. 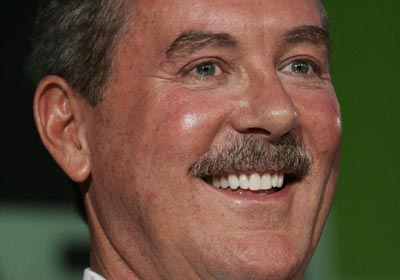 Updated over 7 years ago