Established in 2008 in DE and NY - Founded by George Soros, an investor and philanthropist. Mr. Soros is the founder and Chairman of Soros Fund Management LLC and the co-founder of the Quantum Fund, one of the first hedge funds. He also founded and is Chairman of The Open Society Foundations, an umbrella name for a family of offices and foundations located throughout the world, of which The Open Society Institute is a part. Among the many books he authored or co-authored are "The New Paradigm for Financial Markets: The Credit Crisis of 2008 and What It Means," "The Bubble of American Supremacy: Correcting the Misuse of American Power" and "The Soros Lectures at the Central European University." 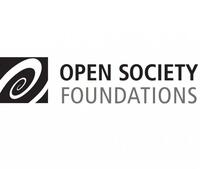