Born in Brooklyn, the son of two Jewish Democrats who were public school teachers, Adam moved to Florida as a young child and was raised in Palm Beach County. A graduate of the University of Maryland, Adam earned his law degree from Florida State University. First elected in 2002 to serve the coastal communities of Broward and Palm Beach Counties in the Florida House of Representatives, in 2007 Adam was selected as Majority Leader, a position he held until leaving office in 2010. Adam currently serves on the Board of Trustees of the Boca Raton Regional Hospital and lives in Boca Raton with his wife Jillian. 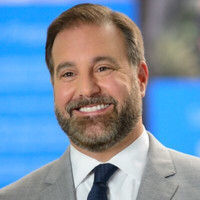