US Representative from Mississippi

A Representative from Mississippi; born in Tupelo, Lee County, Miss., October 9, 1958; B.S., Mississippi State University, Mississippi State, Miss., 1980; business owner; member, Mississippi state senate, 1995-2010; elected as a Republican to the One Hundred Twelfth and to the succeeding Congress (January 3, 2011-February 6, 2015). Mr. Nunnelee had experienced a series of health problems in recent months. In June 2014 he had a stroke while surgeons were removing a tumor from his brain. In addition to chemotherapy and radiation, he underwent physical therapy and speech therapy. Mr. Nunnelee is survived by his wife, Tori, and three children. 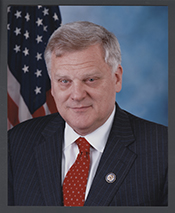