former US Ambassador to the European Union

Mr. William E. Kennard, also known as Bill, has been a Senior Advisor at Grain Capital since October 2013, where he focuses on investment opportunities in the telecommunications sector, including global opportunities. Mr. Kennard served as the U.S. Ambassador to the European Union from November 2009 to August 2013. In his tenure as Ambassador to the EU, Mr. Kennard made reinvigorating the U.S.-EU economic relationship and eliminating regulatory barriers his top priorities. He was a Partner of Verner Lipfert Bernhard McPherson & Hand. He was a key force behind the February 2013 decision to launch negotiations on the ambitious Transatlantic Trade and Investment Partnership which aims to expand trade and investment across the Atlantic. Mr. Kennard served as a Managing Director in the Global Telecommunications and Media group at The Carlyle Group for eight years, where he led investments in the telecommunications and media sectors. He served as Managing Director at Carlyle Partners V, L.P., Carlyle Partners III, L.P. and Carlyle Partners IV, L.P. From 1997 to 2001, Mr. Kennard served as the Chairman of the U.S. Federal Communications Commission (FCC) and Federal Communications Corporation. In this capacity, he developed policies that shaped how Americans use wireless phones and the Internet. He focused on the promotion of transatlantic trade and investment, eliminate regulatory barriers to commerce, buyouts in the telecom, and media sectors. In his tenure, he shaped policies that created an explosion of new wireless services, brought the Internet to a majority of American households, and incentivized billions of dollars of investment in new broadband technologies. He implemented bold new policies to bridge the digital divide in the United States and around the world. He played key roles in the investments in Dex Media Inc., Casema Holdings, BV, Hawaiian Telcom, and Insight Communications. He was a General Counsel at the National Association of Broadcasters. He served as FCC's General Counsel from December 1993 to November 1997. He presided over the FCC at an historic time. In his tenure, he implemented policies that helped to create an explosion of new wireless phones, brought the Internet to a majority of American households, and made digital age technologies more available to schools, libraries, low-income Americans, and people with disabilities. Before serving in government, he was a Partner and Member of the Board of Directors of the law firm of Verner, Liipfert, Bernhard, McPherson and Hand, in Washington, D.C. He developed policies on usage of wireless phones and the internet. Mr. Kennard has an extensive experience in public policy and global investment. He served as the Chairman of the U.S. Federal Communications Commission from November 1997 to January 2001. He serves as a Director of Insight Communications Company Inc. - Manager of Insight Midwest, L.P. He has been a Director of Duke Energy Carolinas, LLC and Duke Energy Corporation since January 1, 2014. He has been a Director of MetLife, Inc. since September 19, 2013. He serves as a Director of eAccess Ltd, Year Up Inc., Yale University and Hawaiian Telcom Services Company, Inc. He served as a Director of Sprint Corp. FON Group. (formerly, Sprint Nextel Corp.) from August 2005 to March 1, 2007, Hawaiian Telcom Holdco, Inc., since May 2, 2005 and Nextel Communications Inc. since May 2001. His prior Board Memberships include Dex Media Inc. since November 8, 2002, Dex Media West LLC since September 9, 2003, Insight Communications Company, Inc., since December 16, 2005, Dex Media East LLC since November 8, 2002. He served as Director at PCS Group., and Verner Lipfert Bernhard McPherson & Hand. He served as a Board of Directors at The New York Times Company and Handspring Inc. since April 2001 until November 20, 2009. He served as a Director of Sprint Corporation from August 2005 to March 1, 2007. He served on the boards of nonprofits such as the joint Center for Political and Economic Studies, One Economy Corporation, Common Sense Media, Inc., Year-Up Inc., the Yale University Council, Gallaudet University and the Media Access Project. Mr. Kennard has received honorary degrees from Howard University, Gallaudet University, and Long Island University. Mr. Kennard graduated from Stanford University, where he was a member of Phi Beta Kappa, and received his Law degree from Yale Law School. 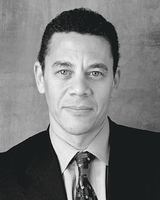