Mr. Walton is Vice President of Council for National Policy and a Senior Fellow at Discovery Institute. He is the chairman of Rappahannock Ventures, LLC (private equity), Rush River Entertainment and The Forge Studios, LLC. He has produced two upcoming feature films, Max Rose, starring Jerry Lewis and The Ticket, starring Dan Stevens. An early cut of Max Rose was screened at the Cannes Film Festival. Previously, he served as chairman of the board and CEO of Allied Capital Corporation (NYSE) from 1997 to 2010, when the company was successfully merged with Ares Capital. Under Bill’s leadership Allied Capital grew from $600 million in managed assets to $12 billion with a majority interest in businesses employing approximately 20,000 people. Bill was also a Managing Director of Butler Capital Corporation, a private equity firm, the personal investment advisor to William S. Paley, founder of CBS, and Senior Vice President with Lehman Brothers Kuhn Loeb. Bill serves on the boards of The Heritage Foundation, The Media Research Center and ForAmerica. He serves on the Trustees’ Council of the National Gallery of Art and as an Advisor to the National Gallery of Art’s Board of Trustees Finance Committee. He is also President of the Washington, VA Volunteer Fire & Rescue Company and is a life member of MENSA and the NRA. 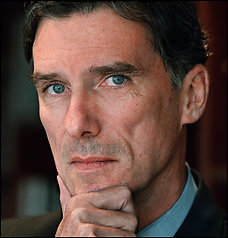