Founder and chairman of Cozen O'Connor, a Philadelphia-based law firm

Stephen A. Cozen is the founder and chairman of Cozen O'Connor, a Philadelphia-based law firm with 24 offices throughout the United States, the United Kingdom and Canada. Under Steve's leadership, the firm has grown from just four attorneys in 1970 to its present complement with more than 600 attorneys. Originally a boutique firm specializing in insurance related and commercial litigation, today Cozen O'Connor is a full-service law firm serving its clients' needs in business and corporate matters; securities; bankruptcy; insolvency and restructuring; real estate; tax; public and project finance; health law; labor and employment matters; intellectual property; government relations, and trusts and estates. Steve serves on numerous education and philanthropic boards, including The National Museum of American Jewish History, where he is first vice-chair elect, and the University of Pennsylvania’s Law School Board of Overseers. Steve also spearheaded the development of the Samuel D. Cozen PAL Center and is actively involved with the organization. He is chairman of the USC Shoah Foundation Institute Board of Councilors, Chairman of its Five Year Campaign Initiative, and currently serves on the boards of Franklin Square Holdings, LP, Haverford Trust Company, and ABR Reinsurance Capital Holdings, Ltd. Steve earned his undergraduate degree and law degree, both with honors, from The University of Pennsylvania in 1961 and 1964, respectively. Steve was admitted to practice in Pennsylvania in 1964, before all of the courts of Pennsylvania, and in addition to many U.S. District Courts and U.S. Courts of Appeal, the U.S. Supreme Court, and the U.S. Court of Federal Claims. 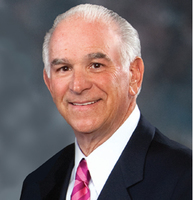