president and CEO of Constellation Brands

Mr. Sands is President and Chief Executive Officer of the Company. He was appointed as Chief Executive Officer in July 2007 and was appointed as President in December 2002. Mr. Sands also served as Chief Operating Officer from December 2002 to July 2007, as Group President from April 2000 through December 2002, as Chief Executive Officer, International from December 1998 through April 2000, as Executive Vice President from October 1993 through April 2000, as General Counsel from June 1986 to May 2000, and as Vice President from June 1990 through October 1993. He is the brother of Richard Sands. Sands is a lawyer who rose to lead Constellation Brands, an alcoholic beverage giant that distributes popular beers, wines and liquors – from Corona beer and Robert Mondavi wine to Svedka vodka. This past year he become a pioneering figure in the marijuana industry after Constellation bought a 9.9% stake in Ontario-based Canopy Growth, with the option to raise that stake to just under 20%. Sands told the Wall Street Journal his company is essentially gambling that it can learn enough in Canada to give it an edge in the “highly likely” event the United States legalizes marijuana. 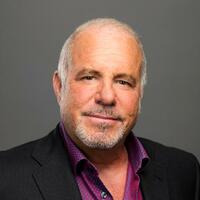