Rob Speyer was named Co-Chief Executive Officer of Tishman Speyer in 2008 and continues to serve as President. Since joining the firm in 1995 he has worked in senior positions in each of its major spheres of activity, including acquisitions, development, capital markets and leasing. Mr. Speyer was appointed by Mayor Bloomberg as chair of the Mayor's Fund to Advance New York City, the not-for-profit corporation for the City of New York. In 2012, Mr. Speyer became the elected Chairman of the Real Estate Board of New York. In this capacity he subsequently was the founder and co-chair of the Committee to Save New York, a coalition of business, labor and civic groups promoting fiscal reform for New York State. He is a founding member of the Partnership for a New American Economy, a national group of business and political leaders committed to immigration reform. He is a member of the Board of Visitors of Columbia College (emeritus), the Board of Trustees of the New York City Police Foundation, the Board of Trustees of the Citizens Budget Commission and the Executive Committee of the Board of Governors of the Real Estate Board of New York. He graduated magna cum laude from Columbia College in 1992, and was elected to the Phi Beta Kappa Society. 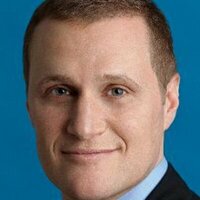