Joe Lonsdale, a founding partner of 8VC, currently serves on the boards of Addepar, OpenGov, Oscar, Illumio, Hyperloop, Radius and Wish. Prior to 8VC, he was a founding partner of Formation 8. Previously, Joe was an early executive at Peter Thiel’s Clarium Capital, which they grew into a large global macro hedge fund. He also worked with the financial arm of PayPal while he was at Stanford. He has a BS in computer science from Stanford University. 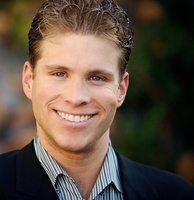