Seth Klarman’s Baupost Group is the world’s 11th largest hedge fund. Seth Klarman is also the writer of a $1500 book, Margin of Safety, which reflects his views on investing. Klarman was fresh off of graduating from Harvard Business School when one of his professors, Bill Poorvu, asked him to help manage money. Poorvu and his partners, Howard Stevenson, Jordan Baruch and Isaac Auerbach, used their names to create the acronym, Baupost, that became the name of the company. 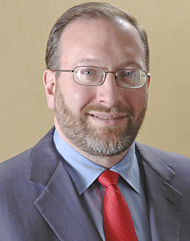