President, American Crossroads and Crossroads GPS and former general counsel to the U.S. Chamber of Commerce

The U.S. Chamber of Commerce has named former U.S. Department of Labor Deputy Secretary Steven J. Law as its chief legal officer and general counsel. ...Law spent the last six years at the U.S. Department of Labor, serving as deputy secretary and chief of staff. During his tenure, the department made historic changes to its overtime rules, required unions to adopt new financial transparency standards, and successfully intervened in the West Coast ports' shutdown of 2002. Law also drove management initiatives at the department that earned it the number-one ranking by OMB for management excellence. Before that, he was executive director of the National Republican Senatorial Committee for two election cycles and chief of staff for six years to Sen. Mitch McConnell (R-KY). 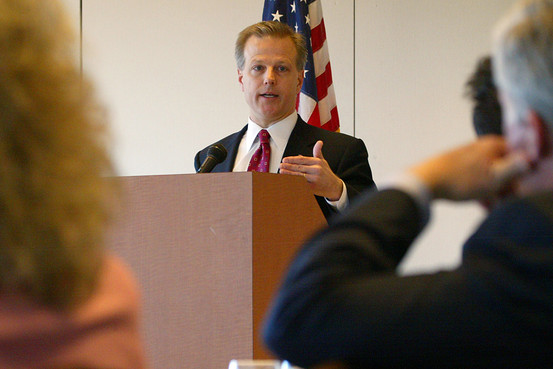