Pierre M. Omidyar founded eBay as a sole proprietorship in September 1995. He has been a director and Chairman of the Board since eBay's incorporation in May 1996 and also served as its Chief Executive Officer, Chief Financial Officer, and President from inception to February 1998, November 1997 and August 1996, respectively. Prior to founding eBay, Mr. Omidyar was a developer services engineer at General Magic, a mobile communications platform company, from December 1994 to July 1996. Mr. Omidyar co-founded Ink Development Corp. (later renamed eShop) in May 1991 and served as a software engineer there from May 1991 to September. 1994. Prior to co-founding Ink, Mr. Omidyar was a developer for Claris, a subsidiary of Apple Inc., and for other Macintosh-oriented software development companies. Mr. Omidyar is currently co-founder and chairman of Omidyar Network, a philanthropic investment firm committed to creating opportunity for individuals to improve their lives. He serves on the Board of Trustees of Tufts University, Omidyar-Tufts Microfinance Fund, the Santa Fe Institute and the Punahou School, and as a director of Meetup, Inc. Mr. Omidyar holds a B.S. degree in Computer Science from Tufts University. 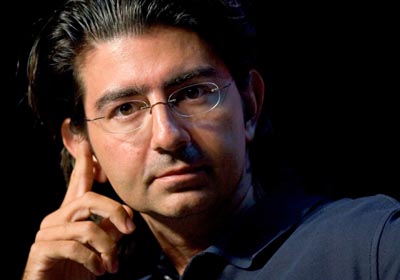