Since founding Uniland Development Company in 1974, Mr. Montante has been involved in the development of over 10 million square feet of commercial, retail, industrial, and residential properties. As President and Managing Director of Uniland, he is responsible for development and operation of Uniland’s portfolio in both Buffalo and Rochester Districts. Mr. Montante oversees Uniland’s strategic business operations as well as its development and acquisition activities. He serves as President of the Company’s operating entities and is Managing Director of several real estate holding companies. Prior to founding Uniland, Mr. Montante practiced law in Buffalo. He is currently active in many community and business organizations in the Buffalo-Niagara region including Holy Angels Academy, The BISON Scholarship Fund, and the Foundation of the Diocese of Buffalo. He also serves on the Board of Directors of the Buffalo Niagara Enterprise, the Buffalo Niagara Partnership, Catholic Health System, and Canisius College. Mr. Montante is past Chairman of the Buffalo Philharmonic Orchestra Annual Fund and National Multiple Sclerosis Society. Mr. Montante has received recognition from a variety of community organizations including the Humanitarian Award from the Niagara Lutheran Health System, Canisius High School’s Distinguished Service Award, and the President’s Award from the National Association of Industrial and Office Parks. He has also received the WNY Philanthropist of the Year award from the American Federation of Fundraisers, the Canisius College Distinguished Alumni award and the City of Buffalo’s Buffalonian of the Year honor. Mr. Montante received a Bachelor of Arts Degree from Canisius College, and LLB and JD Degrees from the University at Buffalo School of Law. 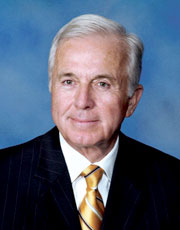