Former corporate raider and chief executive of Reliance Group Holdings, Steinberg once controlled Reliance Group, a New York-based property and casualty insurer. The firm filed for bankruptcy protection in 2001 after higher-than-expected workers' compensation costs and other claims. At the time, Reliance Group had $12.59 billion in assets and $12.87 billion in debts. Steinberg stepped down as chief executive in 2000 after 32 years at the company and resigned as chairman the next year. Reliance served as the base for Steinberg's unsuccessful bids for Chemical Bank in 1969 and Walt Disney Co. in 1984. Steinberg's daughter-in-law Maria Bartiromo is an anchorwoman for the CNBC TV network. Saul Phillip Steinberg was born on Aug. 13, 1939, in New York City to Julius and Anne Cohen Steinberg, according to Marquis Who's Who. His father was a rubber manufacturer in Lawrence, according to a New York magazine profile in 2000. Steinberg enrolled at the University of Pennsylvania's Wharton School, and graduated in 1959 with a bachelor's degree in economics. In 1968 -- at age 29 -- he took over then Philadelphia-based Reliance Insurance Co. In 1961 he married Barbara Herzog. They had three children: Laura, Nicholas and Jonathan, the husband of Bartiromo, according to Who's Who. The marriage to Barbara ended in divorce in 1977. Steinberg's second marriage to Laura Sconocchia produced one child, Julian. After they divorced, Steinberg married Gayfryd McNabb. The couple had two children, Rayne and Holden. Steinberg was known for his art collection. In 2000, he and his wife, Gayfryd, auctioned contents of their 34-room Park Avenue apartment, fetching an estimated $12 million on the sale, according to a New York Times article at the time. That same year, Steinberg sold the penthouse residence, once owned by John D. Rockefeller Jr., for a record $30 million, the Times reported. (New York magazine said the price was $37 million.) 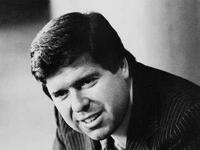