A widely respected global insurance leader, Mr. Patrick Ryan formed Ryan Specialty Group, LLC (RSG) in 2010. RSG is an international holding company specializing in wholesale brokerage, MGU/MGA underwriting management and other specialty services to agents, brokers and carriers. Today, RSG companies include R-T Specialty, LLC – the wholesale brokerage arm, and several MGU/MGA underwriting facilities which currently include ThinkRisk, Technical Risk Underwriters (TRU), CivicRisk, Concord Specialty Risk, Sapphire Blue, LifeScienceRisk, PER se, Global Special Risks, WFKC Underwriting Managers and Ryan Direct Group. Prior to launching RSG, Mr. Ryan was the founder, retired chairman and CEO of Aon Corporation – one of the world's largest insurance and reinsurance brokers. As an entrepreneur, he founded the company, which traces its origins to a small insurance agency organized in 1964. When he retired, the company had more than 500 offices in 120 countries, generating revenues then in excess of $7 billion. Mr. Ryan has received a number of accolades throughout his extensive career. In 2009 he was awarded a Doctor of Humane Letters degree from his alma mater, Northwestern University. He served as a member and former chairman of the Board of Trustees of Northwestern University. Both major athletic facilities – the Welsh-Ryan Arena and Ryan Field – are named after him. In 2008, Mr. Ryan was elected to the American Academy of Arts & Sciences, one of the nation's oldest and most prestigious honorary societies and independent research centers. Also in 2008, he was elected to the International Insurance Society Hall of Fame and received the Ernst and Young Entrepreneur of the Year Lifetime Achievement Award. 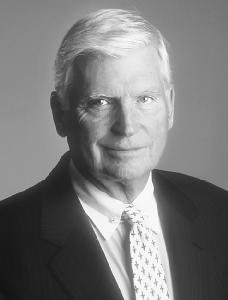