Daniel Suhr serves as Managing Attorney at the Liberty Justice Center, where he spends every day on the front lines of the fight to preserve our rights and liberties. With colleague Brian Kelsey, he spearheads LJC’s education reform practice, arguing against the ACLU to save scholarships for low-income parents in Tennessee and demanding that bureaucrats in Arizona do right by children with special needs and military families. Before joining LJC, he served as policy director for Wisconsin Governor Scott Walker, where he helped advance the Badger State’s goal of statewide school choice. Daniel leads LJC’s practice fighting back against cancel culture. He litigates cases nationwide on behalf of everyday people, think tanks, and citizen groups who are targeted for bullying and harassment because of their beliefs. As part of our LJC team, Daniel is pursuing a number of precedent-setting cases to establish the full rights of public-sector workers identified in the landmark Janus case. This fits well with his previous work as deputy legal counsel for Governor Walker, where he was among the attorneys defending Wisconsin’s groundbreaking Act 10 reforms to public-sector collective bargaining. Prior to working for Governor Walker, Daniel clerked for Judge Diane Sykes of the U.S. Court of Appeals for the Seventh Circuit. Daniel holds a B.A. and J.D. from Marquette University, and master’s degrees from Georgetown University Law Center and the University of Missouri-Columbia. When he’s not pursuing major constitutional cases in court, he can be found writing about them on op-ed pages like the Wall Street Journal, discussing them on Fox News, speaking about them at places like Yale Law School, or arguing about them with equally nerdy friends over beers. 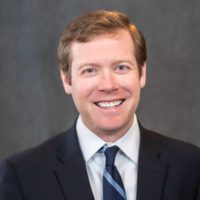